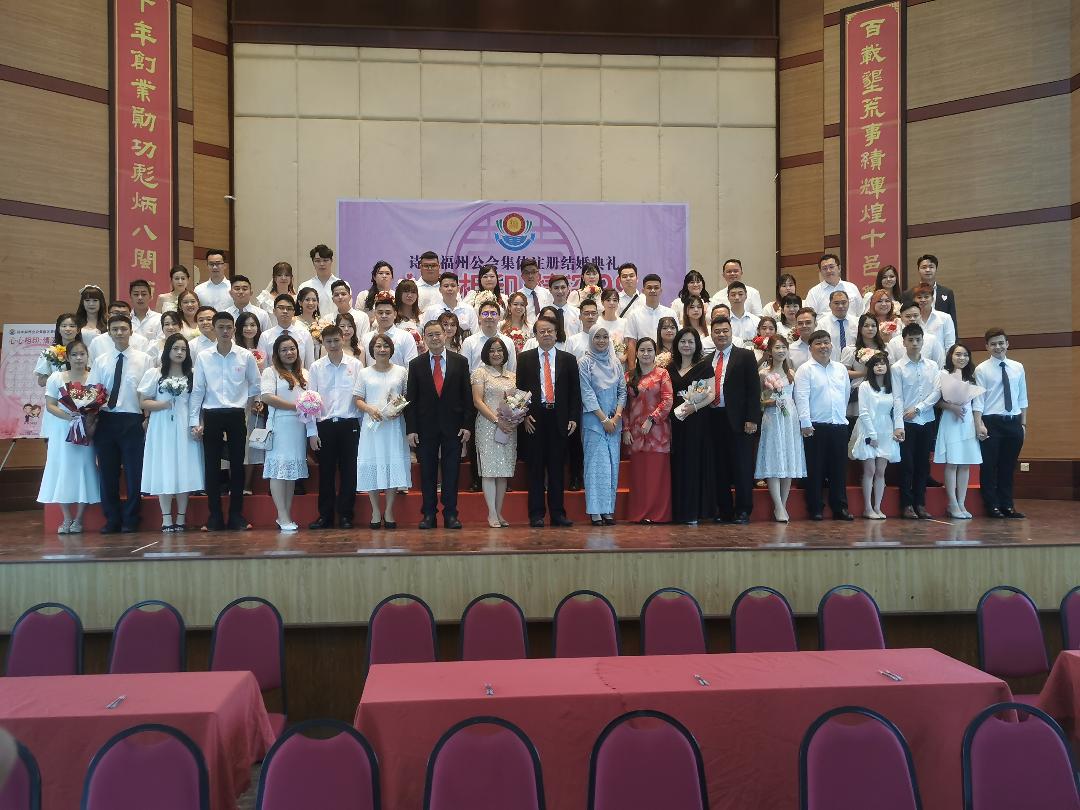 SIBU (September 9): A record 39 couples registered their marriage during a mass wedding celebration at the Sibu Foochow Association today.

The association’s previous mass weddings had recorded only 25 couples.

September 9 is considered an auspicious date by the Chinese-speaking community, as the double nine symbolizes eternal duration.

They started dating while studying at SMK Sacred Heart 10 years ago.

The accountant revealed that she was in Form 6 and James was in Form 5 when she first noticed him.

“It was love at first sight and since then I haven’t looked back,” she added.

James, a mechanical engineer, said he was delighted to have finally secured Diana’s heart and hand in marriage after a long courtship.

“I am so happy that my dream came true and we are planning to hold the wedding reception in November,” he said.

A group photo of the 39 couples who got married at the association today.

Businessman Ngu Hieng Wang, 26, and Liong Siao Hui, 26, said they were surprised they were finally husband and wife after a long-distance relationship.

Having known each other for five years after being introduced by friends, they enjoyed every opportunity to meet as Ngu works in Bintulu, while Liong teaches in Johor Bahru.

“It was not easy, so whenever there is a holiday, I will cherish the chance to return to Bintulu to meet Ngu,” she shared.

Liong said she applied to the Ministry of Education to be transferred to Bintulu after their marriage.

In his brief speech, the honorary president of the association, Albert Lau, congratulated all the newlyweds.

“Today, September 9, is a very special day and the double nine represents longevity. I hope you all love your spouse forever to maintain a harmonious, long-lasting and beautiful relationship,” he said. declared.

Albert shared that the occasion reminded him of his own wedding 43 years ago.

“On that date, I remember holding her hand and promising that we would grow old together. It was without a doubt the happiest moment of my life,” he said.

He called on newly married couples to cherish each other firmly throughout their lives.

“I also hope that those who are going to register their marriage or who are married cherish and manage their existing relationships.

“As long as there is love in the heart, I believe you can tolerate each other and face challenges and difficulties together,” he added.

Love Letters: Were We Wrong to Skip a Destination Wedding During COVID?

Day of joy, celebration for disabled couples at a mass wedding in Udaipur