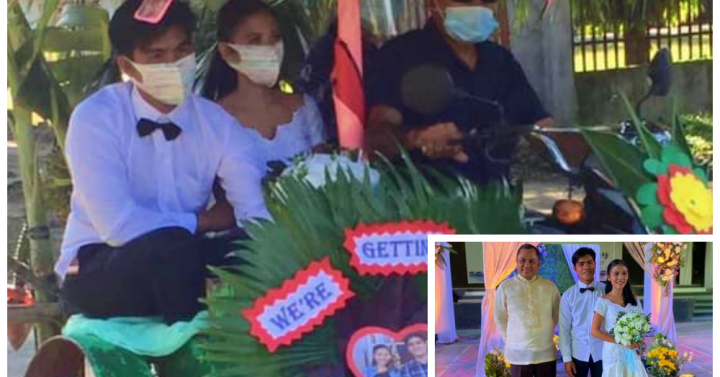 Tulunan Mayor Pip Limbungan, who hosted the mass wedding around noon at the town’s gymnasium, said the event had become one of the highlights of the town’s annual festivities.

The eldest bride was a 52-year-old disabled woman who had married a 44-year-old farmer.

They have lived as husband and wife for 10 years without civil or religious marriage, officials said.

â€œThe minimum health protocols were properly adhered to, which is why it was called marriage with a face mask,â€ Limbungan said.

A photo of the couple Carlo and Angelica Magluyan aboard a “payong-payong” (tricycle) as their wedding car went viral on social networks.

It was decorated with native materials and marked â€œWe get marriedâ€.

On the back of the â€œwedding tricycleâ€ was a banana tree with two banana blossoms, symbolizing two hearts to be united in marriage. (ANP)