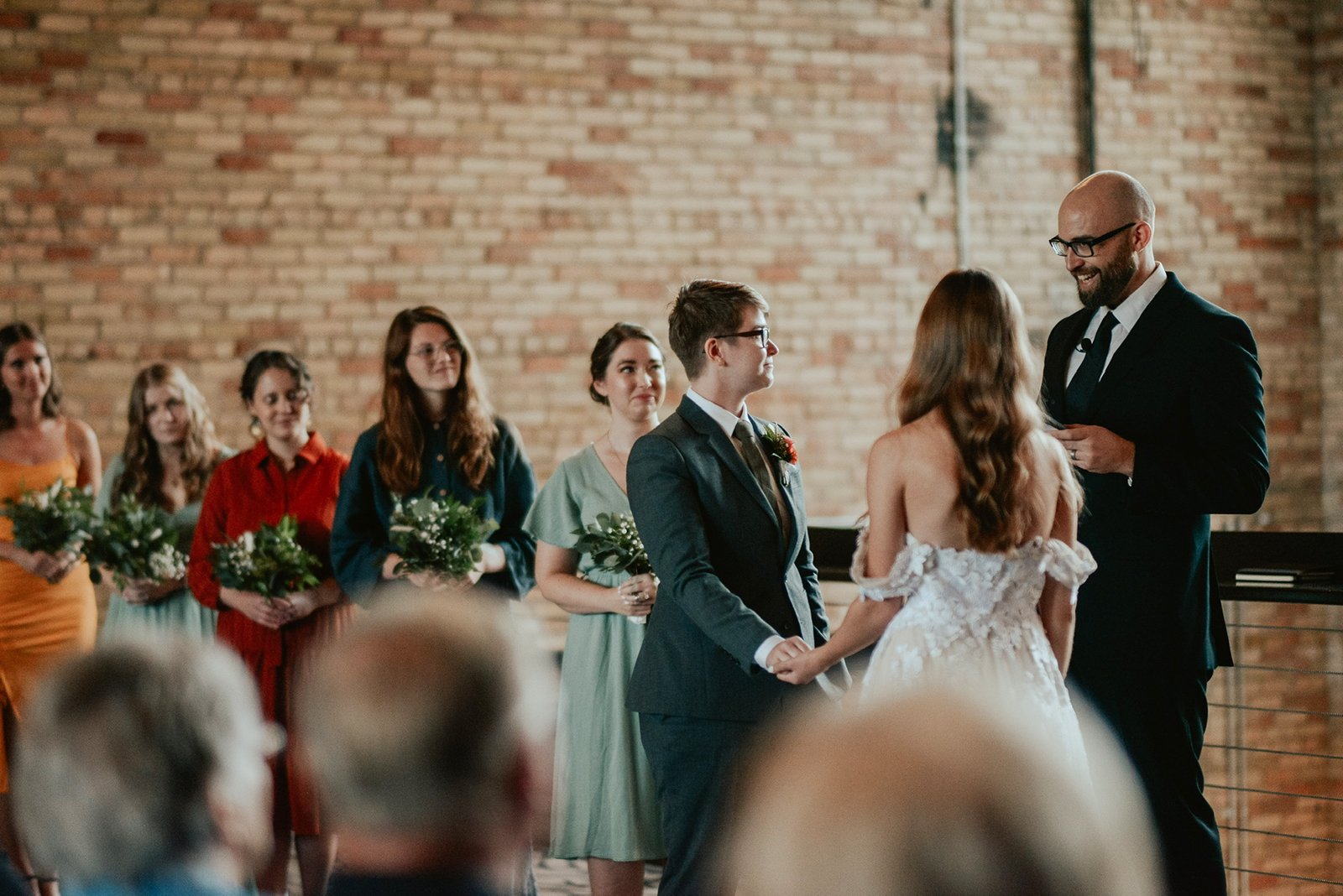 (RNS) – When a former student asked Calvin University professor Joe Kuilema to officiate his marriage last fall, he said yes right away – despite a school policy that views same-sex marriage as a sin.

This decision will probably cost him his job.

Kuilema learned this week that Calvin’s Professional Status Committee decided not to renew his two-year appointment to Calvin’s faculty due to his ongoing dispute with Calvin executives over the issue of LGBT inclusion. .

“I know this is not the outcome you were hoping for, Joe,” Calvin provost Noah Toly wrote in a letter dated April 18. The letter and several supporting documents were published online by the Chimes, Calvin’s student newspaper. The university has confirmed that the letter and documents are genuine.

Kuilema, who plans to appeal the decision, said he was not surprised by the news.

“I was deeply disappointed by the committee’s decision,” he said. “I love Calvin University. I love working here. I love our mission. And I think it’s important to say that I did what I did, because of that mission.

The social work professor, who was a church elder at the time of the wedding, has long been known for his support of LGBT students at Calvin, located in Grand Rapids, Michigan. He said that even though the wedding was a civil ceremony, he had consulted with his church pastors beforehand.

This church, like Calvin, is part of the Christian Reformed Church, a denomination that opposes same-sex marriage and teaches that sex should be limited within a marriage between a man and a woman. Unlike other CRC churches, however, Kuilema said her congregation affirms same-sex marriage.

“I thought I had academic and personal church freedom to do what I was doing,” he said.

In a March memo, Dean Benita Wolters-Fredlund called Kuilema’s decision to officiate the marriage a “serious error in judgment,” given that Calvin adheres to CRC teachings banning same-sex marriage.

“Thus, despite Professor Kuilema’s exceptional record in the areas of commitment, teaching, scholarship and Reformed Christian service, and in contradiction to the unanimous recommendation of the tenured faculty of the Department of Sociology and social work, I am not in a position to recommend that professor. Kuilema be renamed,” Wolters-Fredlund wrote.

The memo also detailed that Kuilema, who began teaching at Calvin in 2008, was denied tenure in 2018 due to “concerns about his tone and strategy regarding controversial theological topics and LGBT+ advocacy. “.

In 2011, Calvin’s board issued a statement, limiting the role professors could play in discussing LGBT issues.

“Advocacy by faculty and staff, inside and outside the classroom, for same-sex practice and same-sex marriage is unacceptable,” the statement read, according to The Banner, a publication of the CRC.

Wolters-Fredlund had previously recommended that Kuilema’s appointment be renewed for two years and said in the memo that he had worked in good faith to “improve his tone and strategy around LGBTQ+ advocacy.”

That assessment changed after Calvin executives learned that Kuilema had celebrated the marriage of Nicole Sweda and Annica Steen in October 2021. At the time, Sweda worked for the Calvin Center for Social Research. She is also a former student of Kuilema. The marriage put Kuilema and Sweda at odds with school policy and led the Center for Social Research to part ways with Calvin, causing controversy on campus.

Kuilema intends to appeal the decision. If that appeal fails, his time with Calvin will end when his current contract expires in August.

More than 100 professors signed a letter of protest in support of Kuilema, stressing that the professor was in good standing with his home congregation, which approved of his actions. They argued that school leaders were usurping the role that belongs to churches and pastors.

“By deeming Dr. Kuilema disqualified for reappointment, the Provost and PSC are effectively exercising the discipline of a faculty member when Dr. Kuilema’s own congregation not only failed to exercise discipline, but asserted his participation in the wedding ceremony,” the letter reads.

Sweda said she was disappointed but not surprised that Calvin decided to cut ties with Kuilema. She said when they first talked about the professor officiating the ceremony, he knew there could be a fallout.

“I don’t think it overshadowed the happiness of our marriage,” she said. “If it hadn’t been for our wedding, Calvin would have found another way to get rid of him.”

The dispute over Kuilema comes at a difficult time for Calvin. The school has long tried to be welcoming to LGBTQ students while adhering to the CRC’s views on sexuality. Today, leaders at Calvin, like leaders at other Christian schools, find that more and more students — as well as faculty and staff — are less willing to accept anything less. than full LGBTQ affirmation.

At the same time, the CRC, which owns the school, is preparing to harden its position on sexuality. At this year’s denominational annual synod, the Christian Reformed Church is expected to approve a report from its committee charged with articulating a foundational biblical theology of human sexuality that affirms the denomination’s traditional beliefs.

Kuilema said that in the past, the CRC’s teaching on sexuality was seen as “pastoral guidance” – which meant there was room for disagreement. The new report elevates that teaching to a matter of confession, he said, meaning there would be no room for dissent.

The professor said he wasn’t sure what he would do if his appeal failed. A life member of CRC and a Calvin graduate, he said the thought of leaving school was heartbreaking. Still, he thinks performing the wedding was the right thing to do and would do it again if given the choice.

“My personal faith is stronger than ever,” he said. “At the same time, I am increasingly disillusioned with organized religion.”