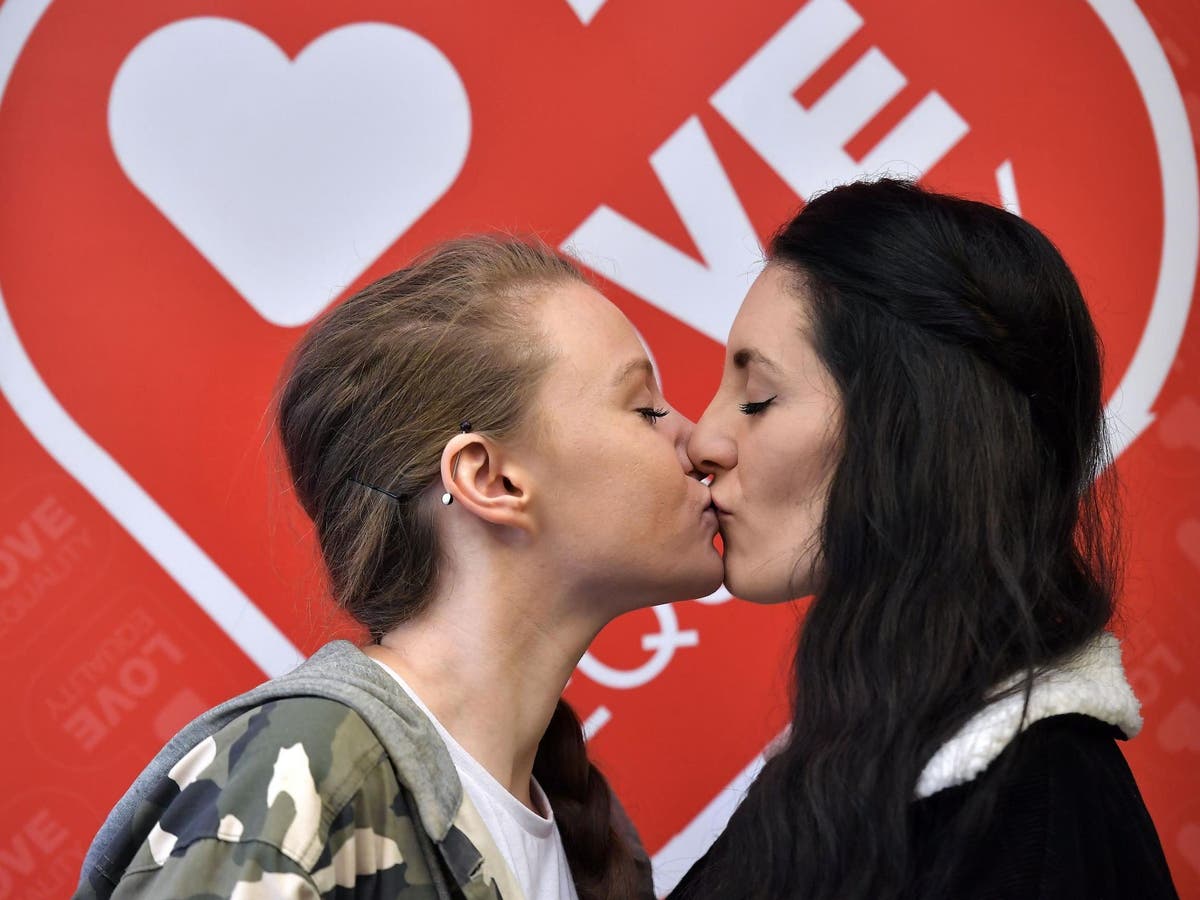 Sharni Edwards and Robyn Peoples will tie the knot on February 11 at a hotel in Carrickfergus, County Antrim.

The couple had planned a civil partnership on the same date, but following the recent legalization of same-sex marriage in Northern Ireland, they chose to marry instead.

“We are both nervous but very excited,” Ms. Peoples said of her impending nuptials.

“We just can’t believe this will happen next week,” she told the BBC.

“I just want to say thank you to everyone in Northern Ireland who made this possible for us. Behind the scenes, everyone who marched, everyone who got emails, petitions, everything.

Talk to New rosesMs Edwards said it was “surreal” that she and Ms Peoples would soon be a married couple.

“I still have to pinch myself. I just feel humbled and grateful. The younger generation needs people to look up to, to see that it is okay for a woman to love a woman.

The couple met in 2014 at the Kremlin nightclub in Belfast city center.

“We haven’t been separated since,” Ms. Edwards said. “We just clicked. “

Northern Ireland’s new legislation aligns it with the rest of the UK. Same-sex marriages have been legal in England, Scotland and Wales since 2014.

The gap was able to continue for six years because same-sex marriage was a matter for Stormont, the Assembly of Northern Ireland.

Those who already have a civil partnership cannot convert to marriage at this point in the process, but the Northern Ireland office is expected to start a consultation later this year.