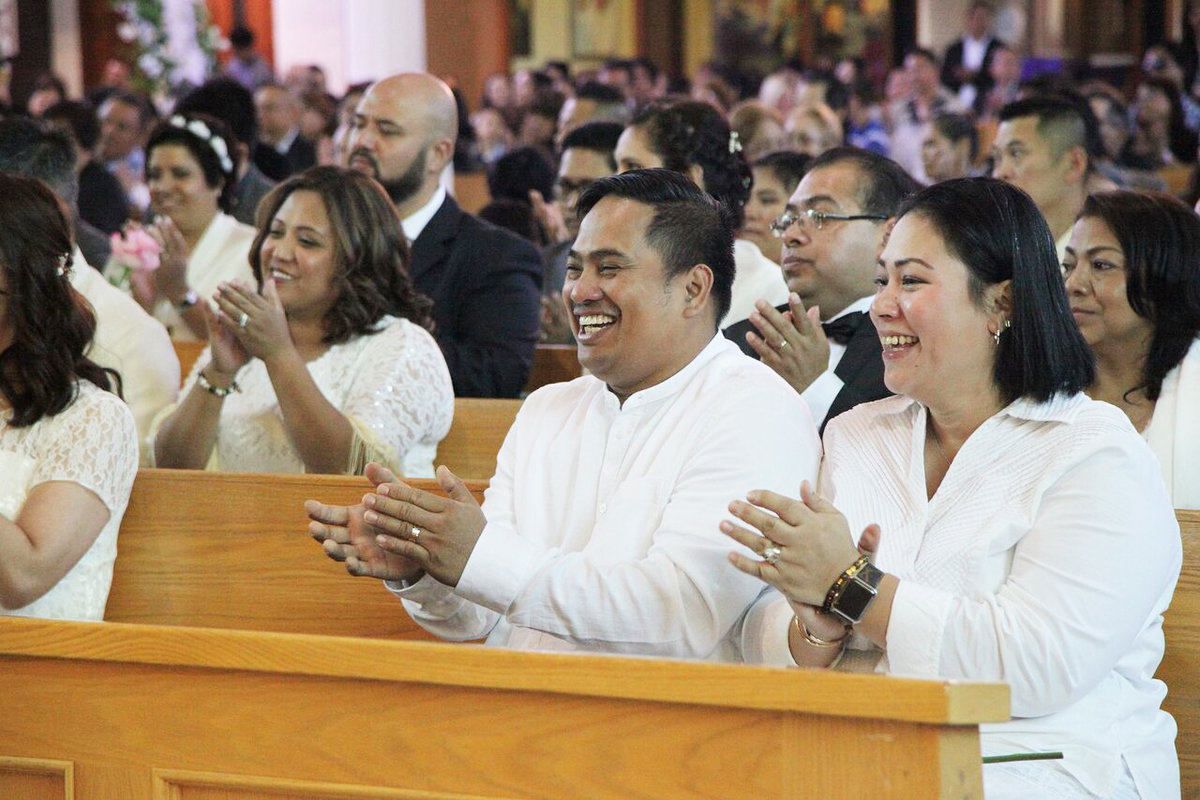 Forty-six Catholics said “yes” at a mass wedding ceremony in the Archdiocese of Vancouver.

The mass wedding celebrations were held for four years to help civilly married couples receive God’s blessing on their nuptials.

Oana Tanese, who was one of the brides, described the day as beautiful.

“It was a great experience and we are very grateful to have been able to participate. ”

She and her husband Juan Francisco Fierro have been married for 10 years and have three daughters.

“It’s wonderful,” Tanese said. “It’s truly a blessing to be able to experience this. It made things so much easier than if we should have organized it ourselves.

“We raised the girls in the faith and decided it was high time,” she explained. “Our youngest will receive First Communion in the spring. We wanted to make sure we were married in the Church before she did. “

Oliver Gutierrez and Violeta Caldera, who also tied the knot at the event, said they initially decided to get married in hopes of getting married later in church.

“My husband told me that after being civilly married for five years, we would get married in the Church,” said Violeta. “Ten years have passed, so I said, ‘OK, now is the time. “”

She also said their decision followed health issues they were facing.

“It was after I had been diagnosed with lymphoma twice. We promised to do this to get God’s blessing. I had been through a lot (of illness) and we wanted to thank him for what he did to us; for healing me.

The couple said they expect their relationship to benefit.

“It’s good, but it’s going to be even better,” said Gutierrez.

“Our relationship will change for the better,” Caldera added. “We have God’s blessing now. “

“We wanted to get this better relationship with our creator,” said Gutierrez.

The couple married 10 years ago in Nicaragua and have lived in Canada for eight years. Caldera’s brother, sister-in-law, mother and cousin were all there to celebrate with them.

Claude Fayemi and Rita Segbaya were also among the participants. The couple got married 25 years ago before leaving their home in West Africa.

Segbaya said they felt like they were officially inviting Christ into their marriage. They both expect the spiritual side of their relationship to be improved.

During his homily, Archbishop Michael Miller urged couples to pray together for a healthy relationship.

“Today marks a new beginning in your relationship,” Archbishop Miller said. “God will enter your married life with his grace in a new and powerful way.”

He said that the marital relationship is the will of God and that Jesus’ sacrifice gives marriage supernatural significance.

“Marriage is more than an institution found in all societies,” said the Archbishop. He told couples that their marriages are mirrors that reflect God’s love for his people and his Church. “Marriage is an icon or a picture of what it means when we say that God loves us. “

Marriage is also a vocation and a gift from God to his people for their sanctification so that they can become holy. “This is how, frankly, you will one day reach paradise. “