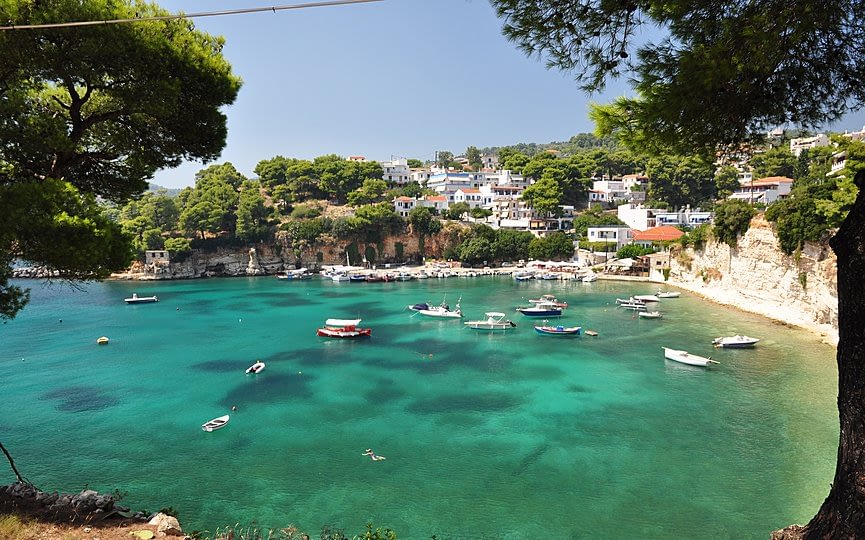 ALONISSOS – The first underwater civil wedding ceremony, held in the enchanting depths of the sea surrounding the island of Alonissos, took place on Monday with the island’s mayor Petros Vafinis.

The couple Petros and Myrto exchanged their vows in the blue-green waters of the island, in the presence of their two bridesmaids, the president of the Tourism Committee Maria Agallou who organized the wedding ceremony and three monitors diving equipment provided voluntarily by the Triton Dive Center.

The whole ceremony used special waterproof cards in order to fully respect the procedures of a civil wedding ceremony and the words spoken by the newlyweds, who also briefly removed their masks once the ceremony was over for their first kiss as married couple.

The wedding was recorded using an underwater video camera and broadcast live on a large screen placed on the beach for guests, while it was also possible to watch it on a cell phone.

“It is impossible to describe the feelings that flood you deeply during the wedding. In the ideal conditions of peace offered by the underwater nature, time stands still and this moment belongs exclusively to the couple, “said the mayor of Alonissos after the ceremony. Vafidis, who obtained a diving diploma to be able to celebrate weddings under water, launched on Valentine’s Day an invitation to couples to organize weddings under water and aims to make it a new market for Greece and the island.

Alonissos is an international diving destination chosen by hundreds of divers around the world every year, with occupancy rates of 100% in August and bookings continuing through the first 10 days of October, Vafinis added.

Days of Our Lives Destination Wedding: Who Should Marry Next?