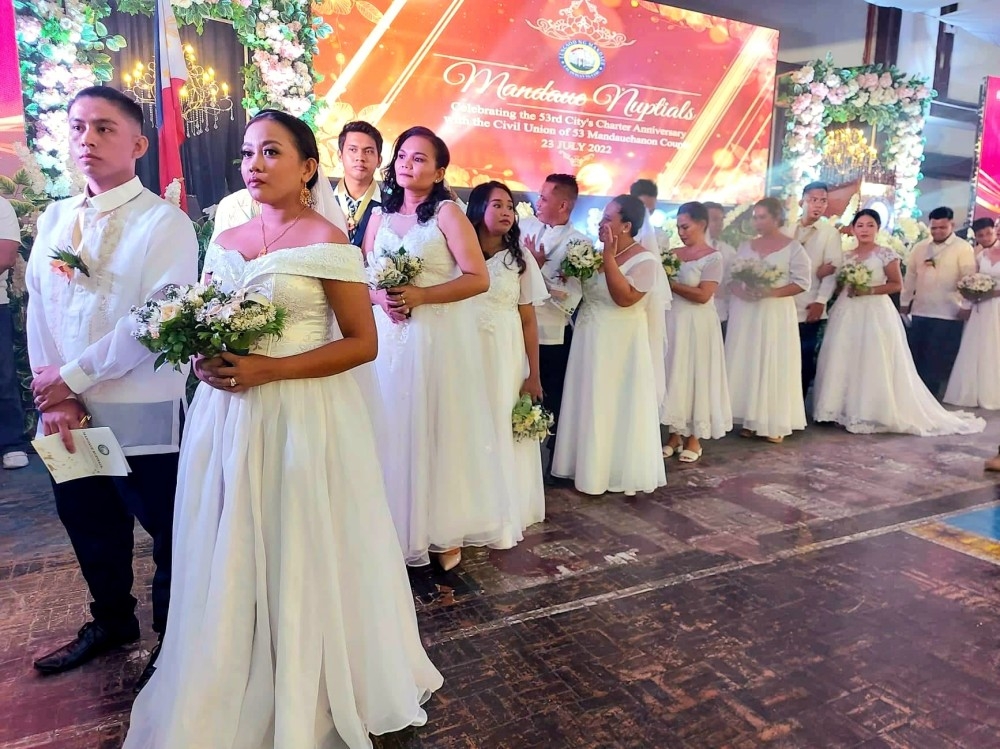 CIVIL UNION. Fifty-three couples from the city of Mandaue are participating in a mass civil wedding on Saturday, July 23, 2022. The Mandaue city government has launched the event as part of the 53rd charter day, which will be celebrated on August 30 . / Honey Cotejo

RAMON Magallon, 59, and his 34-year-old partner Railyn Bores, 53, had a difficult life before deciding to get married.

Magallon and Bores, who reside in Barangay Cambaro, Mandaue City, told SunStar Cebu they were arrested for selling illegal drugs.

But after availing themselves of the plea bargain deal with the court, the couple have avoided the illegal life for good for the sake of their six children and seven grandchildren.

To cement their love for each other, Magallon and Bores joined 52 other couples who took advantage of the Mandaue City Government’s free civil wedding held at the Mandaue City Sports and Cultural Complex on Saturday July 23, 2022.

The mass civil wedding was organized by the Mandaue city government as part of the city’s 53rd charter day, which will be celebrated on August 30.

In addition to Magallon and Bores, Juniever Tee and Michelle Judilla, both 38, took advantage of the city’s free mass wedding program to wed after living together for 14 years.

Tee and Judilla, who are from Barangay Mantuyong, admitted to SunStar Cebu that they originally wanted to get married in 2012 but lack of financial resources and time prevented them from doing so.

The couple have four children.

The couples who took part in the activity were treated to an all-expenses-paid celebration courtesy of the City.

After the event, each of the couples also took home a bag of rice as a wedding gift.

During his speech, the Mayor of Mandaue, Jonas Cortes, reminded the couples to love and understand each other.

“Fighting is always normal,” Cortes said, adding that an argument between a husband and wife shouldn’t lead to the end of a marriage.

The town’s mayor also administered the exchange of vows for the 53 couples.

9 Scenic Resorts for the Destination Wedding of Your Dreams