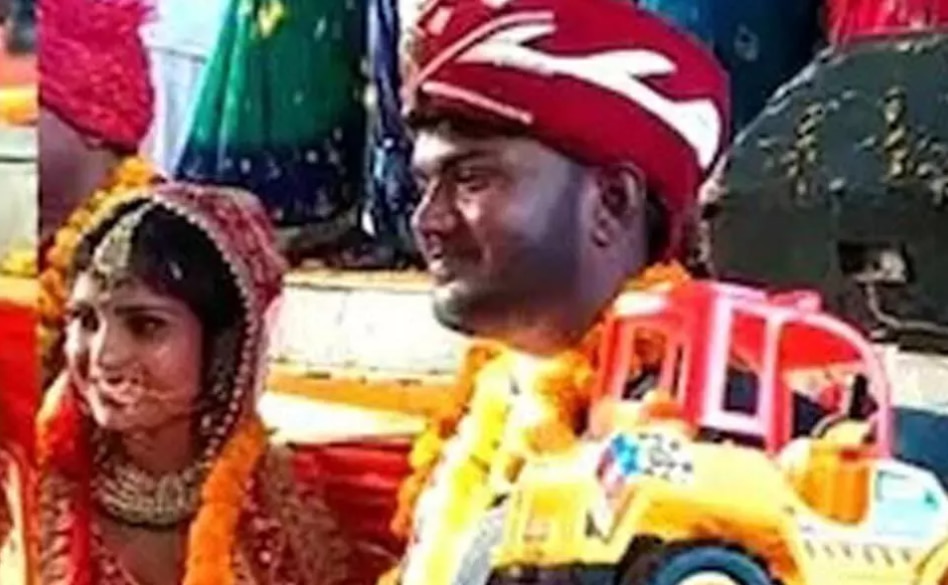 Prayagraj: As the bulldozer has become a sort of mascot for the Yogi Adityanath government, miniature bulldozers are now given as gifts in Uttar Pradesh. Couples who got married in a mass wedding in Prayagraj, Uttar Pradesh, received bulldozer toys as gifts on Sunday. The mass wedding function at Katra in Prayagraj was organized by the Chaurasia community, and the nine couples who got married received a bulldozer toy along with other gifts including household items.Also Read – Viral Video: Happy Bride Sets The Wedding Stage On Fire With Her Dance To Sukhbir’s Taare Gin Gin | Watch

District Mayor Abhilasha Gupta said the bulldozer had become a “symbol of security” for women and state development. The brides also collectively thanked Chief Minister Yogi Adityanath, now known as ‘Bulldozer Baba’ for creating an atmosphere of peace and harmony in the state.

The main guest of the occasion, Swami Kalyani Nand Giri aka Chhoti Guru, told TOI: “Bulldozer toys symbolize the victory of good over evil and also order in life, which is the message we want to pass on to the couple. In addition to offering necessary household items, we gave them bulldozer toys so that they can remember the day as a memorable event and live a life of peace and harmony. It is a endorsement of the good work the government is doing to improve law and order in the state,” she said Not just weddings, bulldozers are also given away at birthday parties.

The bulldozer, let us recall, was widely used by Yogi Adityanath during his first term to demolish the ill-gotten gains of the mafia and criminals. The bulldozer was used to raze illegal properties worth millions of rupees in the state.