Senior officials and grooms at the wedding ceremony at the Emirates Palace in Abu Dhabi. WAM

Coinciding with the 50th Year celebrations and initiatives, the Ministry of Community Development (MoCD) hosted a mass wedding ceremony for 50 couples sponsored by the Al Masaood group. 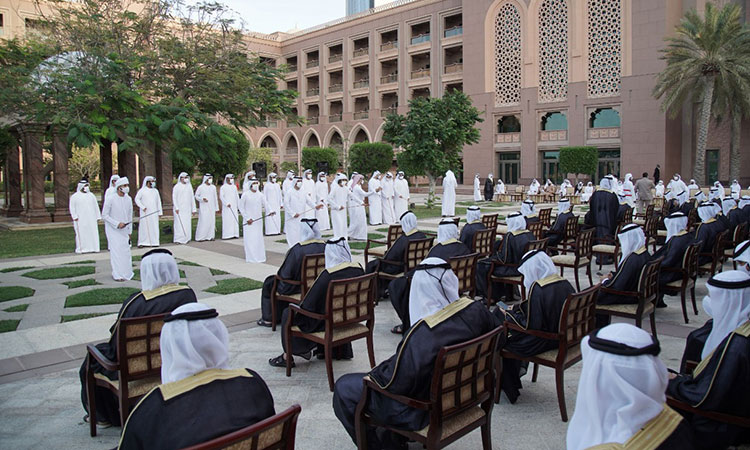 On this occasion, Nasser Ismail congratulated the young people participating in this mass wedding, wishing them happiness and success in forming new families, taking care of them and protecting the structures, existence and stability of their families. .

He appreciated the initiative of the Al Masaood group to organize this mass wedding, its concern to strengthen community partnership and its active role in promoting social development in the United Arab Emirates and preserving the stability of the Emirati family in sponsoring this mass marriage.

He said the Ministry of Community Development is keen to hold more mass weddings every year across the UAE to embody the values â€‹â€‹of solidarity and principles established by the late Sheikh Zayed Bin Sultan Al Nahyan, supports the vision of the leaders and government of to form a stable family. 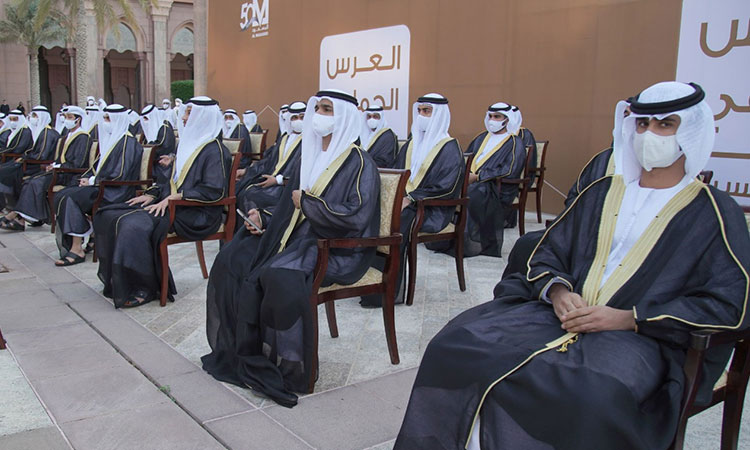 The bride and groom pose for photos during the wedding ceremony at the Emirates Palace in Abu Dhabi. WAM

For his part, Masaood Ahmed Al Masaood said, â€œWe look forward to being part of national efforts for mass marriages in accordance with the guidelines of wise leaders who provide young people with the means to ensure the formation of stable families. . “

Meanwhile, Ahmed Salmeen added that the contribution to support mass marriages reflects the principles of cooperation and tolerance in society, and strengthens loyalty and belonging to the country.

The Ministry of Community Development urges the UAE community, including private sectors, institutions and individuals, to support mass marriages which will enhance and achieve the stability and happiness of the Emirati family.