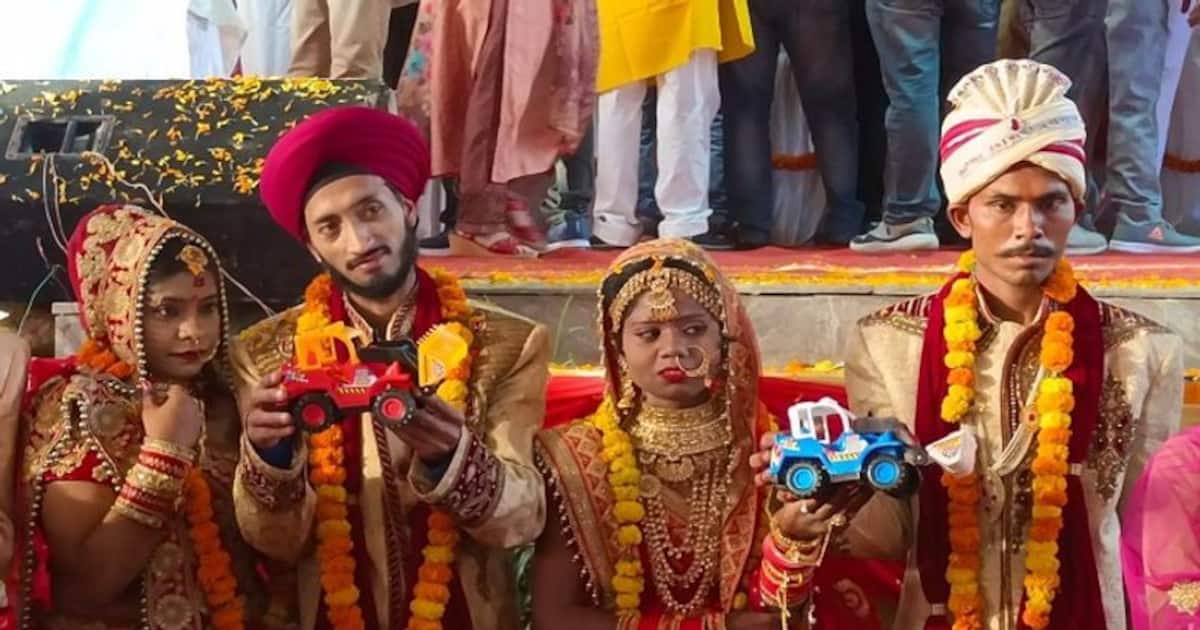 Mayor of Prayagraj, Abhilasha Gupta, said the bulldozer was a symbol of safety for women and also of development in Uttar Pradesh.

Many newlywed couples receive gold jewelry, tableware or even household appliances as gifts to start the new phase of their life together on a positive note. However, now that the bulldozer has become something of a mascot for Yogi Adityanath’s government, couples are given gifted ‘bulldozers’.

According to Amar Ujala, nine couples were married in this mass wedding in Prayagraj organized by Chaurasia Samaj. Everyone present at the ceremony was surprised to see the couples being given models of bulldozers by the organizers on their wedding day. According to a report by News18, the gift was a symbol that women in the state would be safe under the government led by Yogi Adityanath.

Mayor of Prayagraj, Abhilasha Gupta, said the bulldozer was a symbol of safety for women and also of development in Uttar Pradesh.

The brides collectively thanked Chief Minister Yogi Adityanath, now known as ‘Bulldozer Baba’ for creating an atmosphere of peace and harmony in the state.

The bulldozer, let us recall, was widely used by Yogi Adityanath during his first term to demolish the ill-gotten gains of the mafia and criminals. The bulldozer was used to raze illegal properties worth millions of rupees in the state.

However, this is not the first time that the BJP government in the state has gifted newly married couples with something that symbolizes the initiatives taken by their government.

In Prayagraj itself, 18 couples received gifted toilet seats in 2018 from the organizers of a mass wedding, according to Hindustan Times. Organizers were inspired by Prime Minister Narendra Modi’s Swachh Bharat mission and decided to donate toilet seats to couples to help boost the initiative. The couples also received gifted saplings to plant outside their homes so they could do their part to control air pollution.