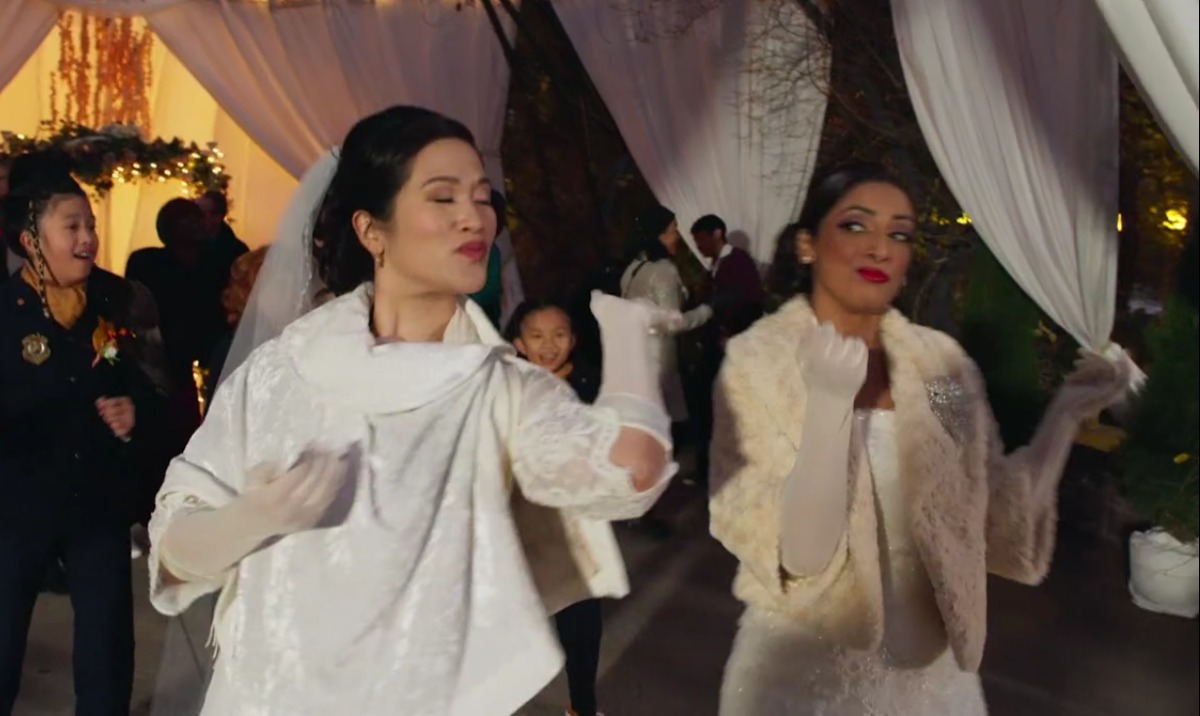 The latest episode of a PBS Kids show features a same-sex marriage in the most recent example of children’s shows making overtures to the LGBT community.

One of the most recent episodes of the live-action children’s series “Odd Squad,” titled “Monumental Oddness,” aired on PBS Kids on July 5. The episode previously aired in Canada on February 1, 2021.

It features the protagonists, a group of superhero kids called “Odd Squad”, trying to stop a villain from destroying some of the world’s most beloved landmarks by turning them into keychains.

The stated purpose of the series is to teach math to children aged 5-8.

In this particular episode, the characters try to figure out the numerical scheme behind the attacks on the monuments, which are part of a list of the world’s most impressive monuments compiled by another character. At first, they think the villain only targets even monuments, but revise their conclusion when he hits monument #8 instead of monument #6.

However, a subplot in the episode has absolutely nothing to do with math.

Believing the villain is about to hit the Eiffel Tower next, the kids order two lesbians in the middle of their same-sex marriage outside the structure to leave. The brides both wear white dresses.

“But we have been waiting for this day for years,” protests one of the two brides. “There is no villain stronger than our love for each other,” the other remarks.

One of the children appears touched by the scene, placing his hand on his heart, while the other asks: “Could you get married quickly?”

The second bride insists that “we would, except our wedding officiant is not here yet, the same for our flower girl”. The first bride notes that the musicians haven’t arrived yet, saying “I can’t walk down the aisle without music.”

The children eventually help out at the wedding by taking turns filling the roles of bridesmaid, musician, and officiant. While officiating the wedding, one of the children receives a phone call informing him that the villain has struck two more monuments and ordering Odd Squad to figure out the pattern behind the attacks.

The protagonists try to leave the ceremony before it is over, but one of the brides asks them to end the wedding. “I now declare you married. Have a wonderful life, bye,” he said as he quickly left the stage.

Although the same-sex wedding scene does not feature a same-sex kiss between the two women, they hold hands after their marriage becomes official as flowers appear in the air.

Eventually, the main characters determine that the villain is hitting the monuments based on the decade they were built and confront him as he attempts to create his sixth keychain.

After swearing to put the monuments back in place, one of the children asks, “What will we do to celebrate?”

The Odd Squad return to the Eiffel Tower to attend the wedding reception of the two women who got married earlier in the episode. Children dance alongside the brides as fireworks blare in the background.

In 2019, the long-running “Arthur” cartoon series, based on the children’s book series of the same name, featured a same-sex marriage where the main characters’ teacher, Mr. Ratburn, is one of the bride and groom.

Less than a year later, conservative group One Million Moms have penned a petition expressing outrage at the introduction of a same-sex couple in the reboot of the PBS Kids children’s series “Clifford the Big Red Dog.” .

“Discussing such controversial topics and lifestyle choices should be left to parents. PBS KIDS should not introduce the LGBTQ lifestyle to young children,” the petition read. “PBS KIDS should stick to entertaining and providing family-friendly programming, instead of pushing an agenda.”

In addition to the taxpayer-funded PBS, other media companies have also integrated LGBT characters into children’s programming.

For example, the Paramount Plus streaming service’s reboot of the Nickelodeon series “Rugrats” reintroduced one of the main characters’ mothers as a lesbian single mother.

LGBT advocacy organization GLAAD is pushing for LGBT characters to make up 20% of all television characters by 2025. Earlier this year, GLAAD CEO Sara Kate Ellis pledged that her organization will “bring soon the biggest brands, agencies, studios and streamers”. Together” to “commit to improving the quantity, quality, and diversity of LGBTQ imagery, particularly in children’s and family programming.”

Ryan Foley is a reporter for The Christian Post. He can be contacted at: [email protected]

Join thousands of others to get the FREEDOM POST free newsletter, sent twice a week by The Christian Post.