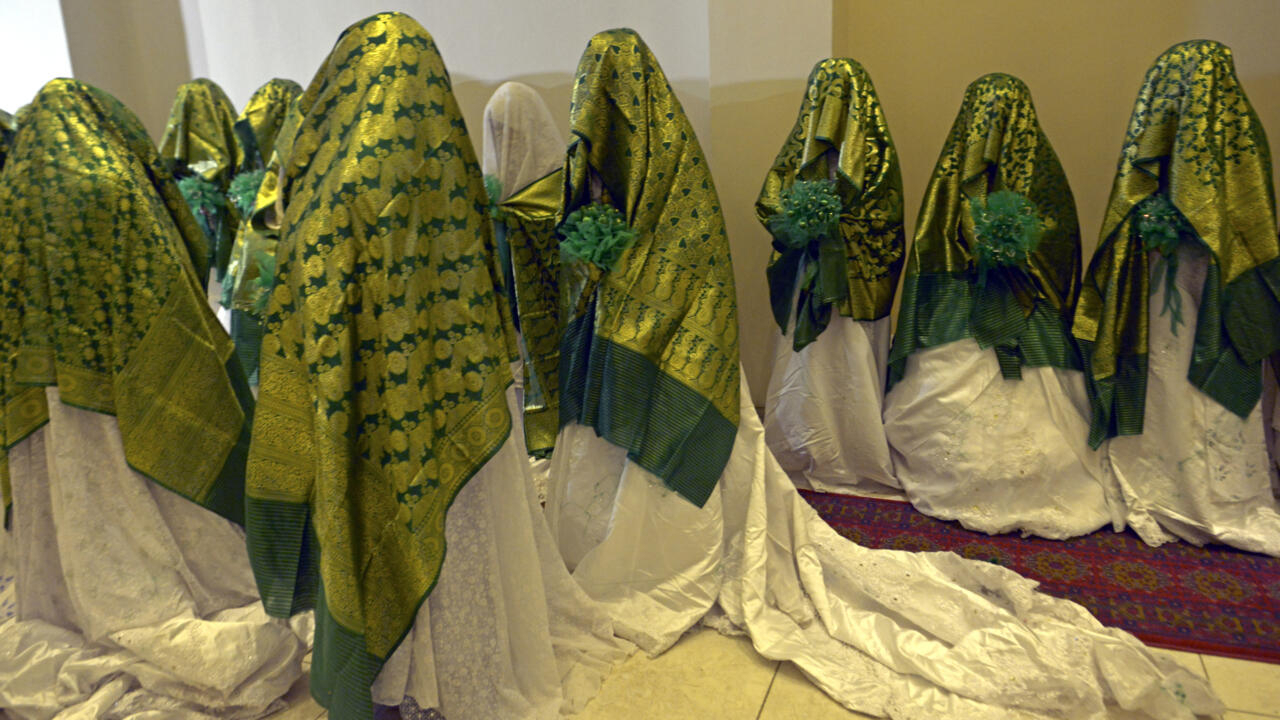 Kabul (AFP) – Dozens of Afghan women concealed in thick green shawls were married in an austere mass wedding in Kabul on Monday, in a ceremony attended by hundreds of guests and armed Taliban fighters.

Historically, couples from families unable to pay the bill have sometimes chosen to pool their resources in low-cost, large-scale weddings.

Monday’s ceremony involving 70 couples was one of the largest ever in Afghanistan, currently in economic freefall since the return of the Taliban.

“Today, no young man wants to carry the burden of an expensive wedding,” said groom Ebadullah Niazai, who had waited eight years to get married.

“I don’t have a job. We were short of money so we decided to get married in a mass wedding,” said Esmatullah Bashardost, a 22-year-old groom from the minority Shia Hazara community. .

Bashardost, wearing a traditional Afghan cap, said his wedding would likely be the “happiest day” of his life.

However, the celebrations have been significantly dampened by the chilling restrictions the Taliban have imposed on social life.

Before they took power in August, weddings were very colorful affairs marked by song, dance and some degree of mixing between men and women in the deeply conservative nation.

On Monday, the bride and groom were separated throughout the ceremony.

Guests of opposite sexes were separated by a dozen patrolling Taliban fighters with weapons, and the only entertainment was poetry recitations and speeches by the event’s charity organizers.

Journalists were not allowed to speak to the brides, who wore pristine white dresses under their concealed shawls, but were allowed to photograph and film them.

A red and white wedding cake was produced for each couple, but was placed in front of the men only, who wore the traditional white shalwar kameez.

The event ended when the bride and groom – each wearing a plastic badge – picked up their brides and drove off in cars decorated with flowers and ribbons.

A one-day booking at a wedding venue in Kabul costs between $10,000 and $20,000 and organizer Sayed Ahmad Selab said some engaged couples “have been waiting for years” because of the expense.

During their first regime between 1996 and 2001, the Taliban banned ostentatious marriages.

After returning to power following a hasty US withdrawal, the Islamists have yet to reinstate their previous ban, but they have banned musical entertainment.

Meanwhile, they have also imposed creeping restrictions on women, separating them from men and reversing the marginal gains they have made over the past two decades.

In May, women were told to stay home as much as possible and hide completely, including their faces, if they had to go out in public.