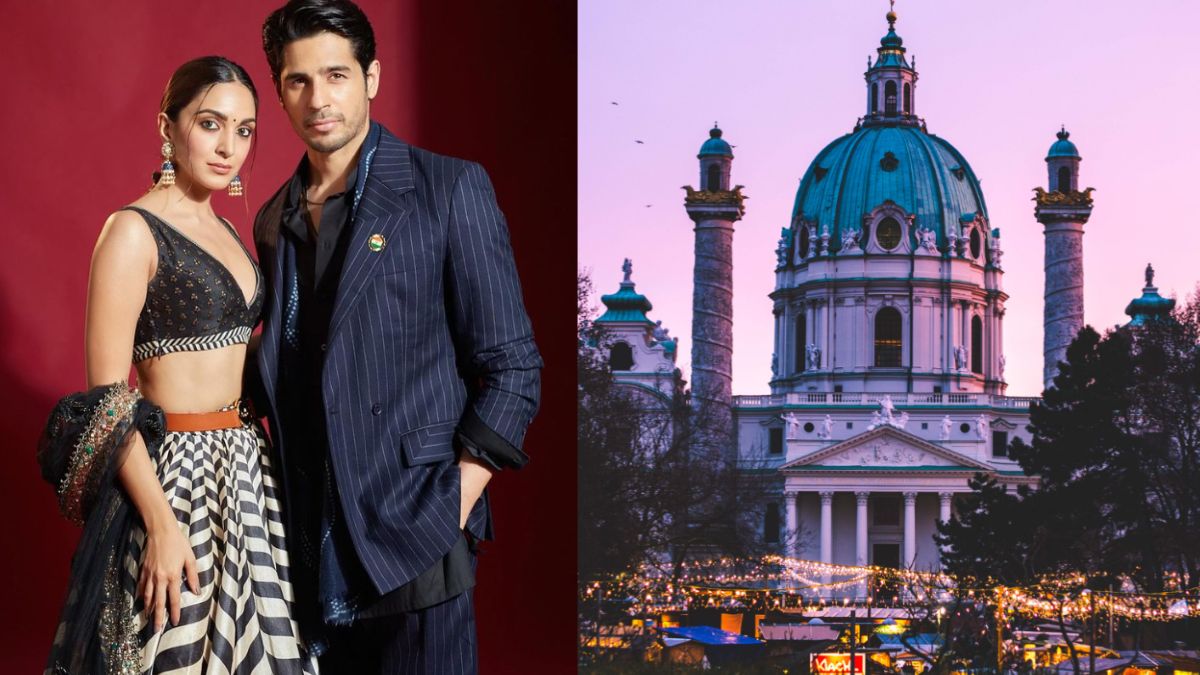 Sidharth and Kiara could have a destination wedding in Vienna, reveals Karan Johar

The latest episode of Koffee With Karan Season 7 starring Sidharth Malhotra and Vicky Kaushal is finally out. And audiences just got the best dose of gossip from this one! Apparently, Sidharth Malhotra and Kiara Advani will have a destination wedding in Vienna, one of the most beautiful cities in Europe. Yes, you heard right! In the episode, Karan Johar is seen putting up an unseen clip for Sidharth Malhotra which shows the host conversing with Kiara Advani in an upcoming episode of the show. Karan pesters Kiara to reveal her relationship with Sidharth and asks if there is an upcoming wedding. But what caught our attention was when Karan Johar assumed that there was actually a wedding in December and the venue for it was Vienna. Read on to find out what really led to the revelation of Sidharth and Kiara’s supposed wedding location.

Will Sidharth and Kiara get married in Vienna?

Bollywood couples and their love for destination weddings are no secret! And all thanks to Karan Johar, we can now add another beautiful European city to our already long list of Bollywood-inspired wedding venues. The latest episode of Koffee With Karan, released on Disney+ on August 18, 2022, has Karan Johar spilling a lot of “Koffee.” In the episode, an unseen clip from an upcoming episode of KWK 7 which will have Kabir Singh co-stars Shahid Kapoor and Kiara Advani as guests played for Sidharth Malhotra where Karan was seen asking Kiara about her wedding plans. “Are you ready to sort of be in a marriage right now or?” Karan asked Kiara, to which the actor replied, “I see it in my life but I’m not revealing it on Koffee With Karan today.” The conversation was very light and at the end Karan said jokingly, “We will have the location and dates by the end of this episode. We’ll be like, Hai! Vienna mein hai, December mein ho raha hai. (It’s there, it’s happening in Vienna in December.)”
Now, if Sidharth and Kiara are really planning a December destination wedding in Vienna, only time will tell!

Why is Vienna perfect for a destination wedding?

If you too are planning a destination wedding like Sidharth and Kiara, your first step should be to find your dream wedding venue. And what could be better than one of Europe’s most sparkling cities, right? Vienna, the capital of Austria, is probably one of the most beautiful cities in the world and is the perfect wedding venue. Vienna offers an incredible amount of perfect wedding venues. From contemporary and traditional venues to magnificent castles, restaurants and hotels, you have it all. But Vienna is especially rich in castles and castles. And we think a historic castle in Vienna with stunning scenery all around will make your dream wedding venue. 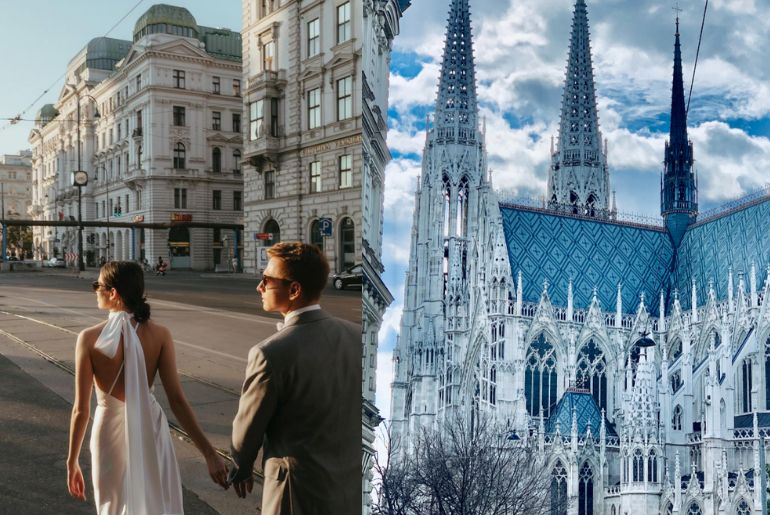