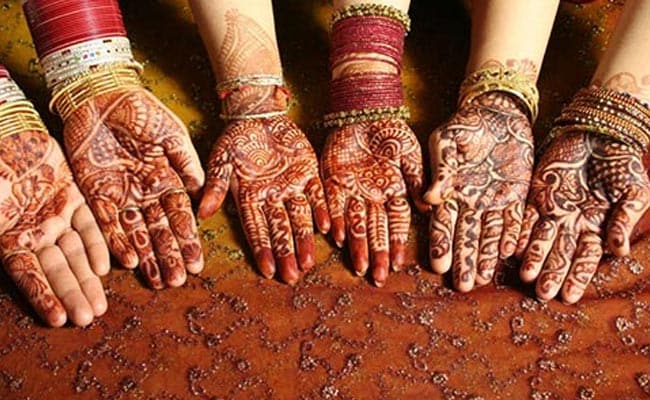 Before Holi, it was a riot of color at a mass wedding in Lucknow on Thursday. The mass wedding of over 3,500 couples was organized by the government of Yogi Adityanath. Described as a “world record” by Uttar Pradesh Minister of Labor Swami Prasad Maurya, the mass marriage was organized as part of several welfare programs run by the state government for women. economically weaker sections of society.

The couples dressed in brightly colored clothing sat on rugs on the vast grounds, waiting for the priests to complete the rituals. Few Muslim women were also married at the site, which was buzzing with chants of Vedic mantras as well as greetings from Nikah â€œQubool Haiâ€ (I accept). Several dishes were prepared in the community kitchens for the occasion.

Yogi Adityanath, who has completed his four years in office, was present at the site. Speaking on the occasion, the Chief Minister called on those present at the rally to maintain social distancing and wear masks to prevent the spread of COVID-19. Listing various social protection schemes for workers, he said the government will soon ensure payment of Rs 2 lakh to any worker who dies while working.

The state labor minister said that under the mass marriage program, financial assistance is provided under different headings. He said that Rs 55,000 is given for the marriage of the daughter of a registered construction worker, in case of intercast marriage Rs 65,000 is given and for marriage in a mass wedding venue Rs 75,000 are given.

The daughters of registered construction workers in the districts of Lucknow, Hardoi, Sitapur, Rae Bareli, Unnao, Lakhimpur Kheri and Barabanki got married in the mass wedding organized according to customs and traditions.

The Chief Minister called several couples to the stage and blessed them. He also gave the marriage certificates. After the wedding ceremony, several couples were seen taking photos at the “selfie point”.